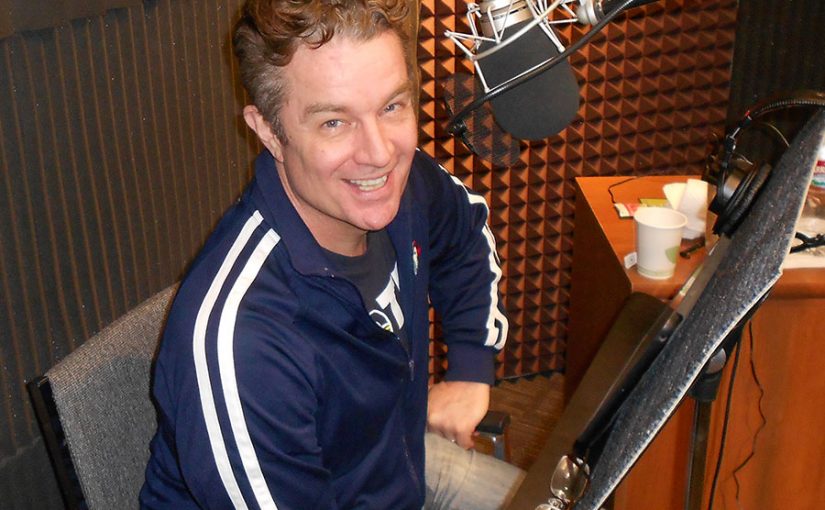 There’s a lot of overlap between Jim’s fans and James Marsters of Buffy fame as he’s the one who narrates the audio books.  Back in the day I found a website that saves snipits of James Marsters interviews, and saved the ones that were pertinent to all things Jim Butcher.  I’ll copy and paste that resource below.

But first I’ll start with a Jim quote on James’ narrations of the audio books:

I was actually very pleased to hear with Skin Game to hear he was recording it and then it took him like an extra hour or something to record one scene because it was the scene where Harry actually meets his daughter for the first time because he kept breaking down crying. I’m like “yes! I made Spike the vampire cry”.

* Others Speak About James
o Jim Butcher (Author of Harry Dresden books)
+ (4-04 BTVS Magazine) It’s one thing to read it to myself in my head as I’m going along, but it’s another thing for it to be read out loud by somebody who has talent with that kind of thing. There are a lot of extras that James throws in in terms of tone and inflection and timing that I really think do a lot to help the book out. And I really enjoyed him reading Toot-Toot [a tiny fairy character] in the first book. He obviously had fun doing it, so it made me happy.
+ (1-05 Orbitbooks.com) James Marsters has read the audio books of the Dresden Files, and has really done a fantastic job. He doesn’t just read them. He acts them, giving characters different voices and everything. He’d make a fine Harry.
o Joy Poger (Buzzy Multimedia, producers of Dresden Audiobooks)
+ (4-04 Angel Magazine) He Spike) has a great sense of comedic timing, the intelligence, courage, bravery, stubborness, whimsy, fighting against the odds and still coming through. We felt that if he could do that with Spike, he would be able to do that with Harry’.

Any upcoming TV you want to promote?

I do want to plug a book.on.tape series called the Dresden Files. Those are really quite good, a combination of Harry Potter and Sam Spade. Those books always have a little more meat on the bone than I expect. There’s always a scene or two that stick with me as far as emotional impact. I think the author (Jim Butcher) has plans to do 25 books, and we’ve done 14 so far. It’s a long series, and with every book the main character Harry Dresden gets more powerful as a wizard and as a private eye, as the world gets more and more chaotic. His ability to pick up the stakes with every book has just been incredible.

Jim Butcher has made an analogy of his relationship between himself and his fans saying he’s the artist and we are his patrons, and as such he tries to take care of his fans (when he’s not laughing maniacally over leaving us with a “cliffhanger”).  He is a really nice guy, and over the years he has interacted with us a lot.

And so we have this site, where we do our best to archive all those lovely answers, juicy tidbits, and words of advice he’s given to us across the years. Here you’ll find elements of backstory that don’t always make it into the novels, but which still inform the world, and all of it taken directly from Jim himself.